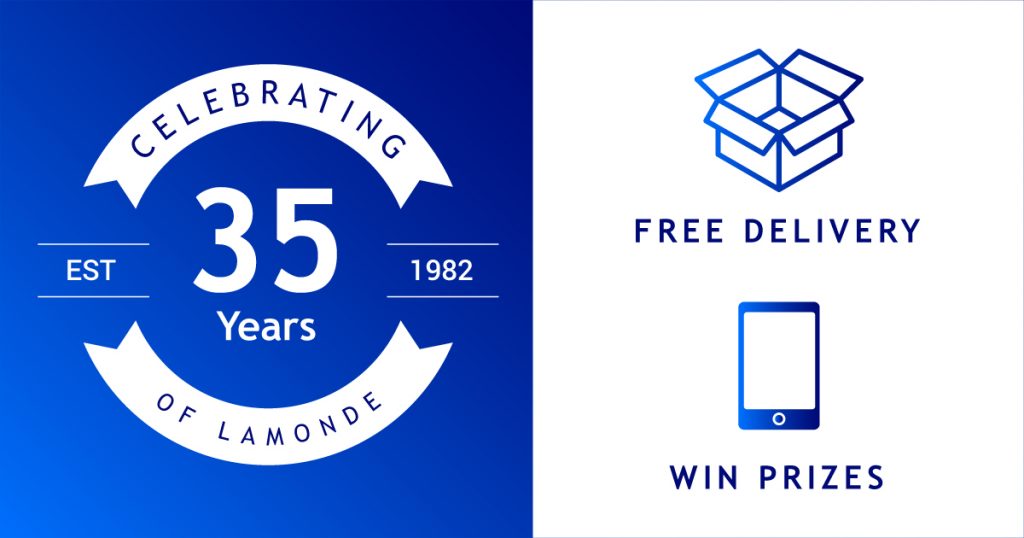 2017 marked a milestone for Lamonde Automation Ltd. Founder, Mike Donoghue started Lamonde Automation back in 1982 as a Texas Instruments PLC distributor and a manufacturer of peripheral accessories and I/O to compliment the TI range. In the early 90s TI sold their PLC business to Siemens. Lamonde continued to support the installed TI base until 2015. In the meantime, Lamonde became distributors for PLC Direct (who later became AutomationDirect.com), Weintek Labs Inc. and Kessler Ellis Products (KEP) – further products and ranges are always being added to our offerings, please check our website regularly for the latest products we offer. Mike Donoghue retired in 2016, handing the reins over to Duncan Stanton who has worked for Lamonde since 1997.

We couldn’t ignore our 35th birthday, so to  celebrate we’re running a competition with eight great prizes:

Each entrant will get free UK shipping on their next order – online via a promo code, or on telephone & email orders.